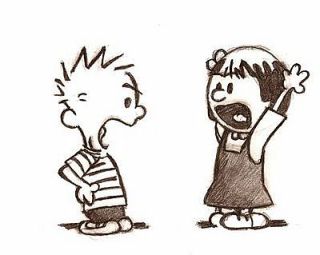 My last blog post was about the changes in spirituality that have occurred since the 1950’s.  Robert Wuthnow suggests that there are direct correlations between changes in American culture—particularly in the structure of families—and changes in the way people think about spirituality.
This got me thinking even more about the power of guiding metaphors in the way we think about, talk about and organize our churches.  As Wuthnow suggests, when people use the metaphor of a “perfect family home” to organize a church, their actions follow.  God becomes the father of the family and God’s house is the sanctuary in which that family worships.  Congregants dare not put their feet on the pew in front of them, just as they would not dare to put their feet on their father’s coffee table (nor bring coffee into the sanctuary in the first place!).  Just as June Cleaver is never seen wearing anything casual, congregants wear their Sunday best to church.  There is a genuine element of respect for God’s house.
This is not a bad thing.  Sure, changes have taken place in American culture that may make this type of church less effective than it once was. However, it is critically important for us to recognize that there are people in our churches who grew up with this guiding metaphor, and who still prefer to think about church in this way.
It is also equally important to recognize that this is not the only metaphor people use to think about the church.
Some people prefer to think of church as a business.  Progress and “the bottom line” take priority in decision-making processes.  Congregants become “giving units.”  In order to attain growth, churches look the latest marketing strategies.  Pastors become Chief Executive Officers, organizing various levels of middle management.
Other people prefer to think of church as a social organization, such as a country club.  Congregants attend church to see and be seen.  They pay their dues and receive the perks of membership.  Their membership fees include a full-service staff to organize and run the operations of the church.  If a church isn’t providing social events (a.k.a. “fellowship opportunities”) then the church is failing.
What about those who see the church as a hospital?  Congregants are all patients, looking to be healed.  There are support groups for individuals suffering from a variety of maladies.  God is the Great Physician, looking to heal those who put enough faith in Him.
Some prefer to think of the church as a flock, a collection of helpless sheep that are simply following their shepherd, the pastor.  Their pastor embodies the Great Shepherd who walks with us through the valleys of darkness as He leads us to still waters for refreshment.
Jesus used all sorts of metaphors throughout Scripture to describe the kingdom of God.  Even using the term “kingdom” is metaphorical to point to the idea that God is the king!  Jesus said that the kingdom of God is like a mustard seed, like yeast, like a net and like several others images with which people connected.
Paul loved to use metaphors as well.  He regularly returned to the metaphors of the body of Christ or of a family to describe the church. Throughout the Pastoral Epistles, Paul uses the metaphor of the household of God, and the order that is required as a result (which helps shape the context of his instructions to women in 1 Timothy 2).
If the church is an earthly reflection of a heavenly reality (ideally), then we really don’t have adequate language to describe what, or who, exactly the church is.  By recognizing the guiding metaphors that exist in our congregations, we are able to identify the various motivations to different thoughts and actions of our congregants.  Many of the arguments that unnecessarily turn the smallest disagreements into large, drawn-out “big deals,” are often simply a matter of competing metaphors.  For example, picture the conversation that might occur over the issue of electric guitars in church between someone who sees the church as the holy house of God and someone who sees the church as the latest, greatest business venture to reach new generations.
The pastor’s job, then, is to become a translator.  We need to do our best to recognize when competing metaphors are guiding the actions of our congregants, not to point out who is necessarily right or wrong, but to help each party understand the worldview (or “churchview”) of the other. We also need to realize that it is not our job to convince our congregants that our metaphor-of-choice is the best choice.  Different people connect with God in different ways.  We need to do everything we can to honor the variety of ways our congregants experience the Divine.  Sure, there are negative aspects to various metaphors with which we can pastorally disagree and discourage, but not before listening first.  Only when we make a genuine attempt to listen and view particular situations through the metaphorical lenses of others can we begin to understand why it is they act, think and speak in way they do.  Until then, we cannot expect to convince anyone that our view of the church is more effective.
As churches continue to wrestle with the vast—and fast—changes in American culture, it is my prayer that we will learn to listen to one another, appreciating the perspectives of those who think differently than us, and finding creative ways to unite in our mission to embody the gospel.  This is part of what it means to live intensionally in the church.